No Rest for the Weary

Last Sunday we got home from church and I declared it a day of rest. As if I was the first person to do so. I stepped out of my “nice” jeans, slipped into the olive green pants with the drawstring waist and plopped myself on the couch with a new book. I even exchanged the sofa pillow with one from my bed so I could laze away the afternoon reading without the usual neck pain.

A little thrill rolled up from my stomach at the prospect–no, the justification–to rest. Nope. Not available. Resting! I’d say when kids rolled in with their requests. And that’s pretty much what I did. Unless you count listening to a young boy recite his Christmas wish list as work. 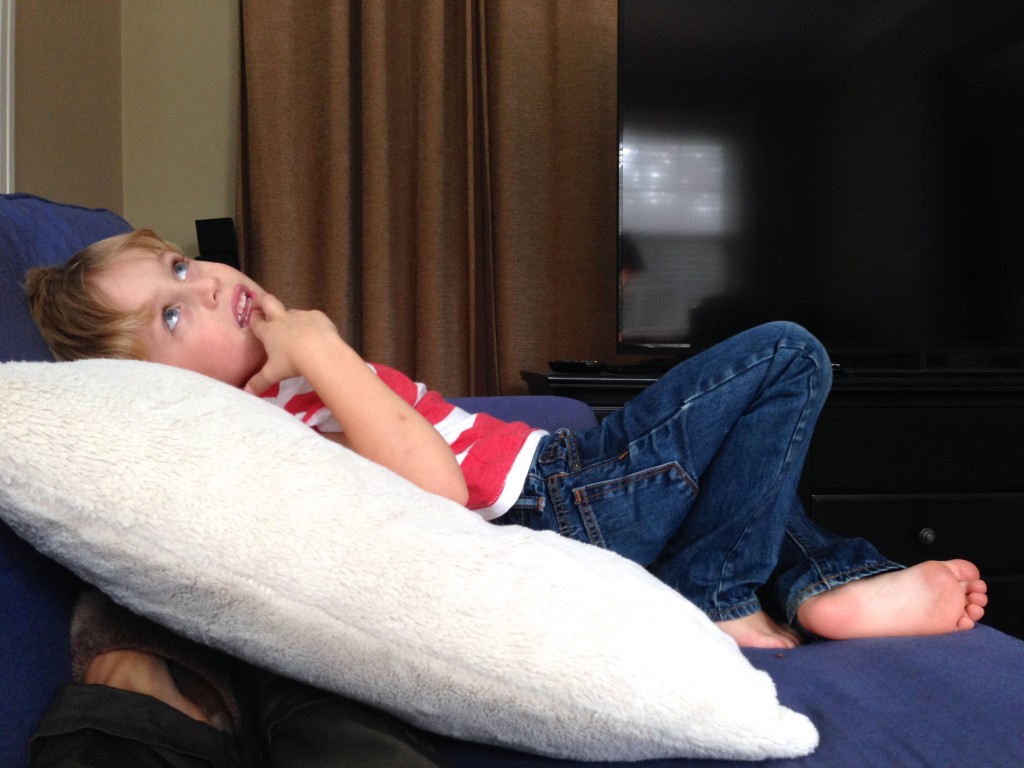 “So, I’m going to sit down and talk to you,” he said, flopping himself on the cream-colored pillow like a grown man on a psychiatrist’s couch. The only difference is he likes to talk and isn’t being forced to. 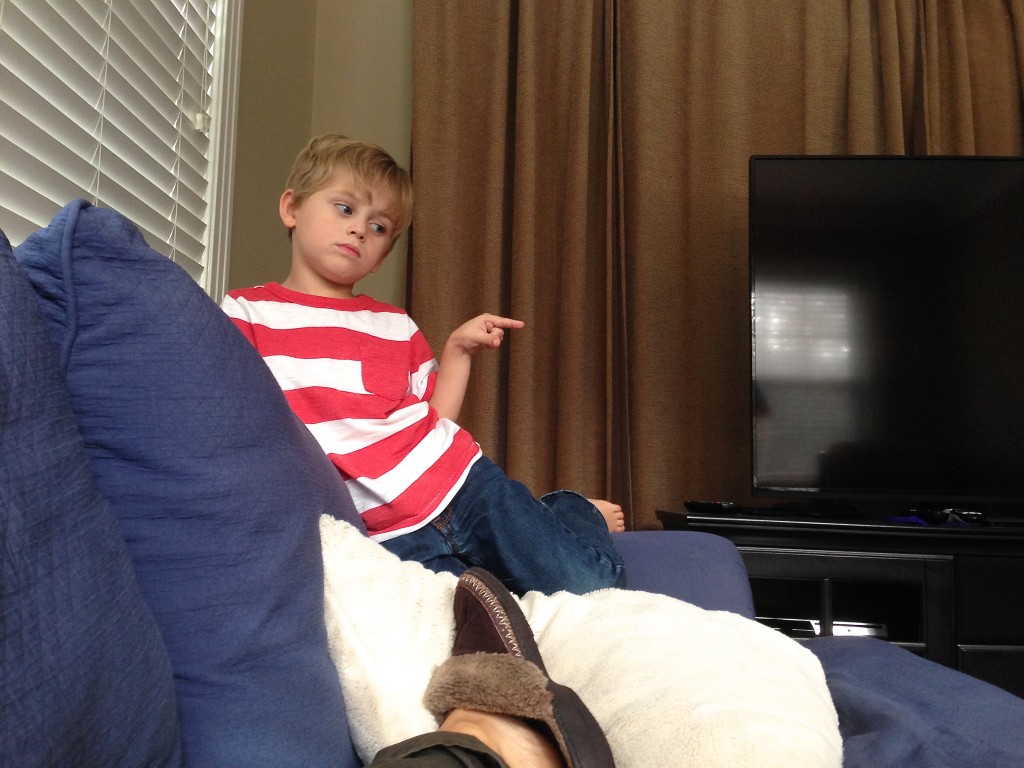 When someone tells you they’re going to talk to you before they actually begin talking they mean serious business. 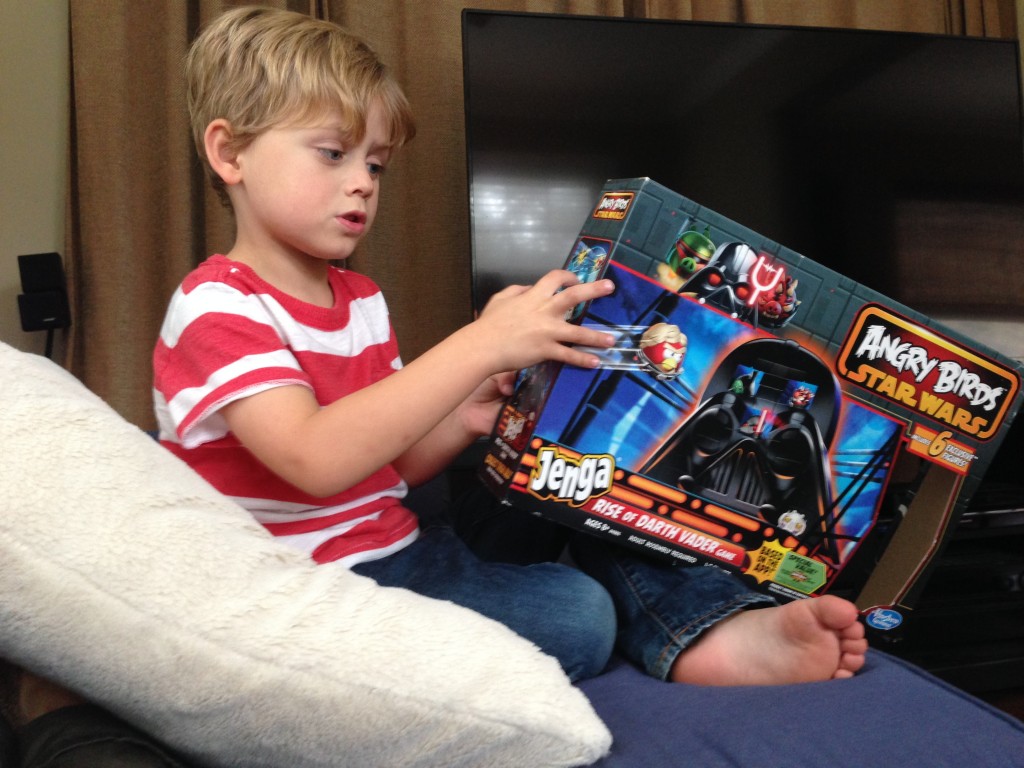 Props were brought in for illustrative purposes.

“I want the Angry Birds Star Wars Telepod. The one with Jabba the Hut. And I don’t have Hans Solo…”<—That’s exactly where my eyes glazed over, rolled back into my head and I proceeded to die a slow and quiet death. The End.

Instead, I tuned him out and pretended to care because listening to a long roll call of characters and dysfunctional relationships is way too complex to qualify as rest. In my opinion. 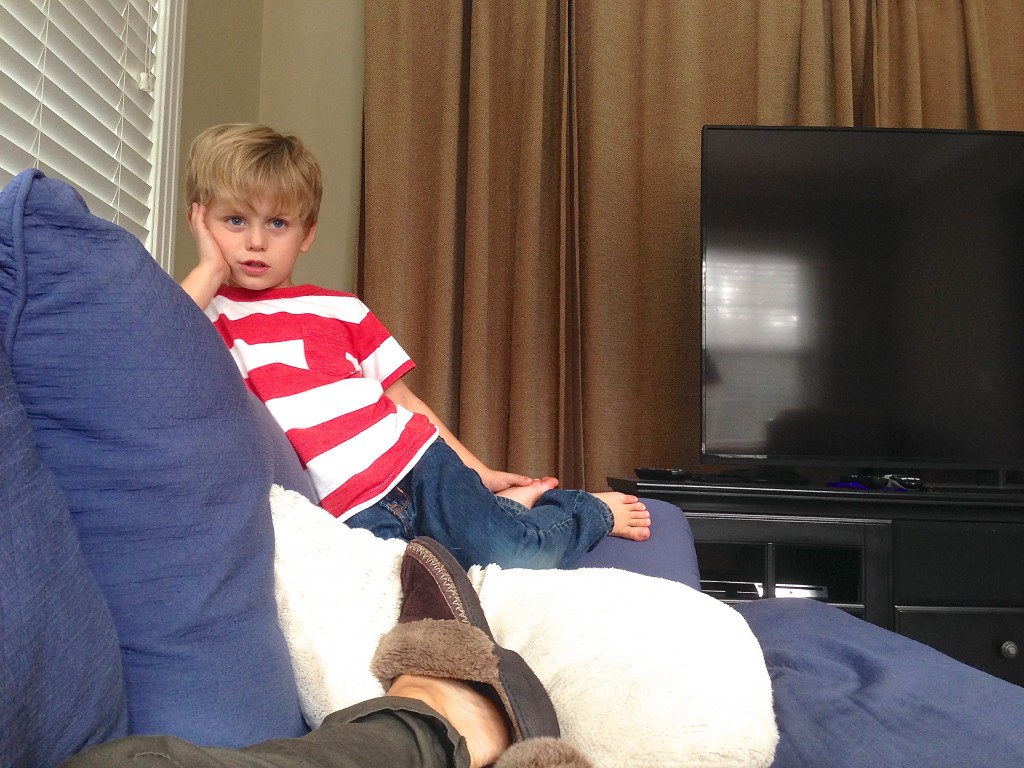 This must’ve been when I told him to get a life.

In my defense, his wish list and bulleted sub-lists were quite detailed. It became crystal clear this could go on for hours so I quickly nipped it in the bud, promising to take it all down on paper the next day. 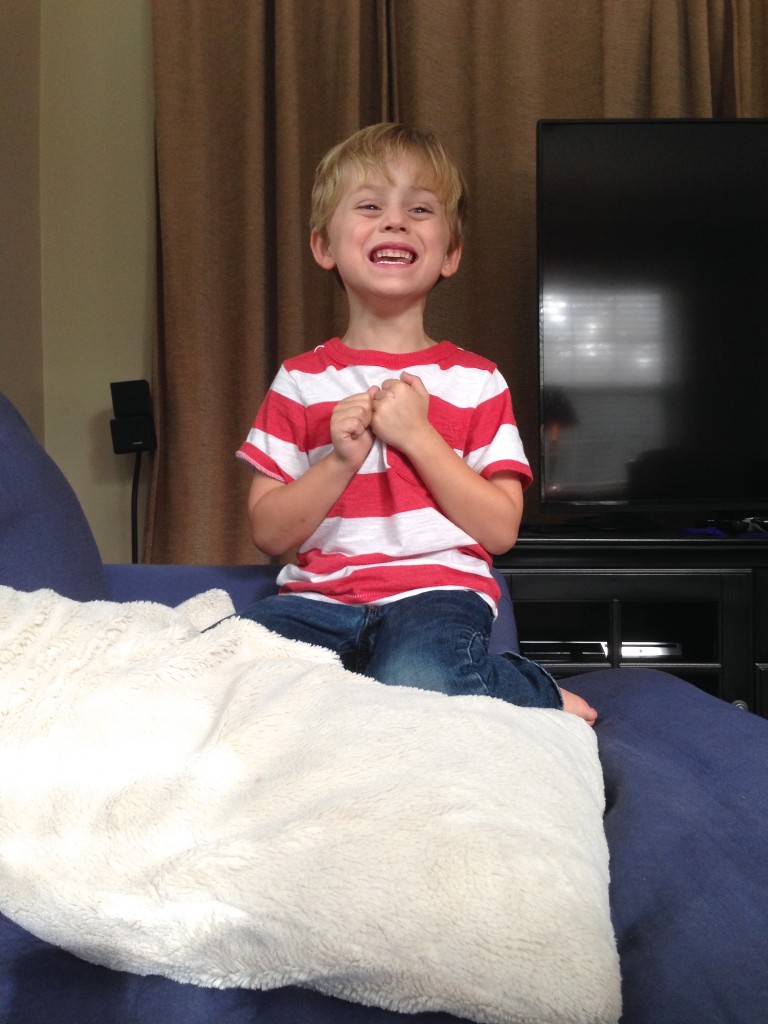 But the invariable need to use the restroom crept up and, as I walked the hallway of our home, a funny thing happened. A housekeeper emerged in the center of my chest pointing out dog hair clinging to baseboards, unruly stacks of paper and questionable toilet seats. Tiny Housekeeper felt a sudden overwhelming urge to sweep and tidy up.

Then, on the return trip to the couch, I passed the bedroom of Talks-a-Mile-a-Minute and it looked like a BOMB had gone off. Toys packed the surface of his hand-me-down train table two layers high while unmatched socks and shoes littered the floor.

Of course, it’s all been there much longer than I’d like to admit but, curiously, Tiny Housekeeper hadn’t previously materialized on a Monday or reasonable Tuesday. It was as if she sprung forth only because I’d declared it a rest day. I suspect on a different day she’d have been numbed into silence with small snacks and wasted minutes or lulled back to sleep with gentle stroking but NO, she had to appear when I couldn’t take advantage of her.

I fought the urges though, resumed my nest, and continued reading.

After a while I couldn’t take all the lack of movement and self-indulgence and ended up in the laundry room simply looking for a piece of clothing only to discover the load of wet clothes left overnight and now smelling awful. I couldn’t let those sit another night until the breaking of Monday dawn so I added soap and set the express cycle to run a second time because we enjoy wasting electricity.

And just like a line of dominoes, starting the wash required checking the dryer to make sure it was empty and inside there I discovered some clean clothing which I then had to do something responsible with. So I hung a few things up but *did not* put any of it away. After all, it was supposed to be a Day of Rest.

(I know. That was just an excuse. I can throw clothes in a washer all day long. Even transfer to the dryer like nobody’s business but tell me to put clean clothes away? That feels like a trek to China–on foot with some freestyle swimming folded in.)

All of that to say rest is hard for me. I’m out of practice. Or I never really learned the art of rest in the first place. Either way, I’m looking at the day as somewhat of a success since my time spent reading on the couch and ignoring repeated requests from children was what I’ve heard one author call “imperfect progress” and, when it comes to living in this go-go, rush-rush culture and being a bit of a task-oriented person, imperfect progress with rest is certainly better than no rest at all.

And p.s. my sessions of list-listening are still continuing days later and well past bed-time… 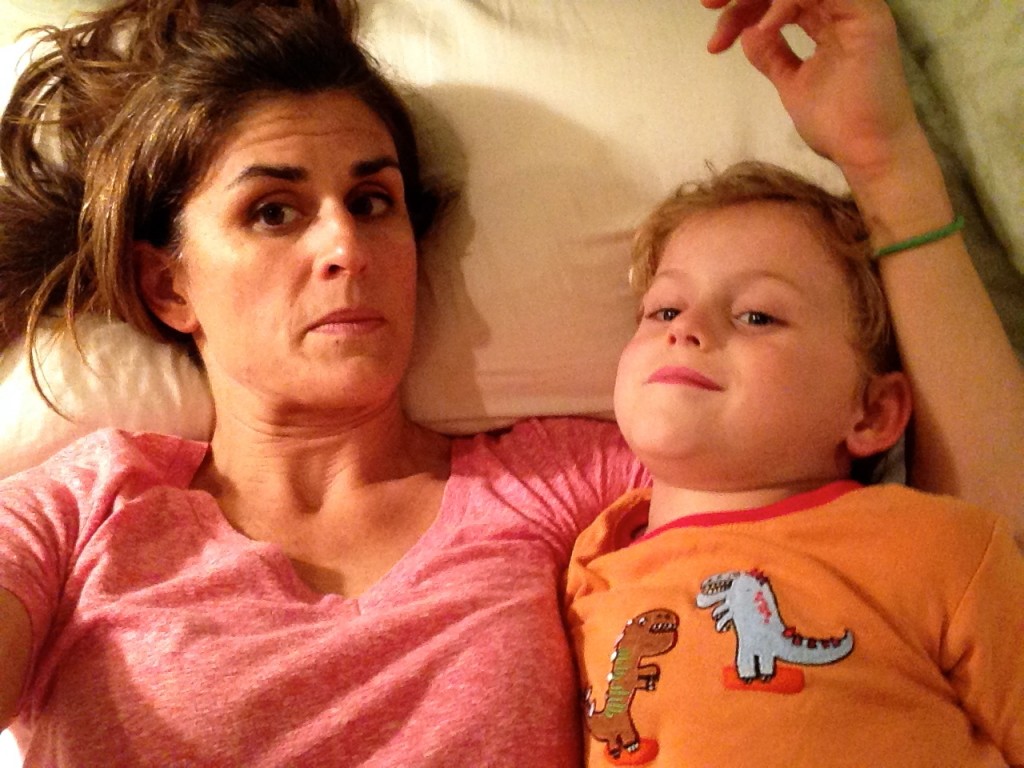 Which I had to document in case no one believed me but who am I kidding? It’s December in the US of A. I imagine we’re all in the same boat. 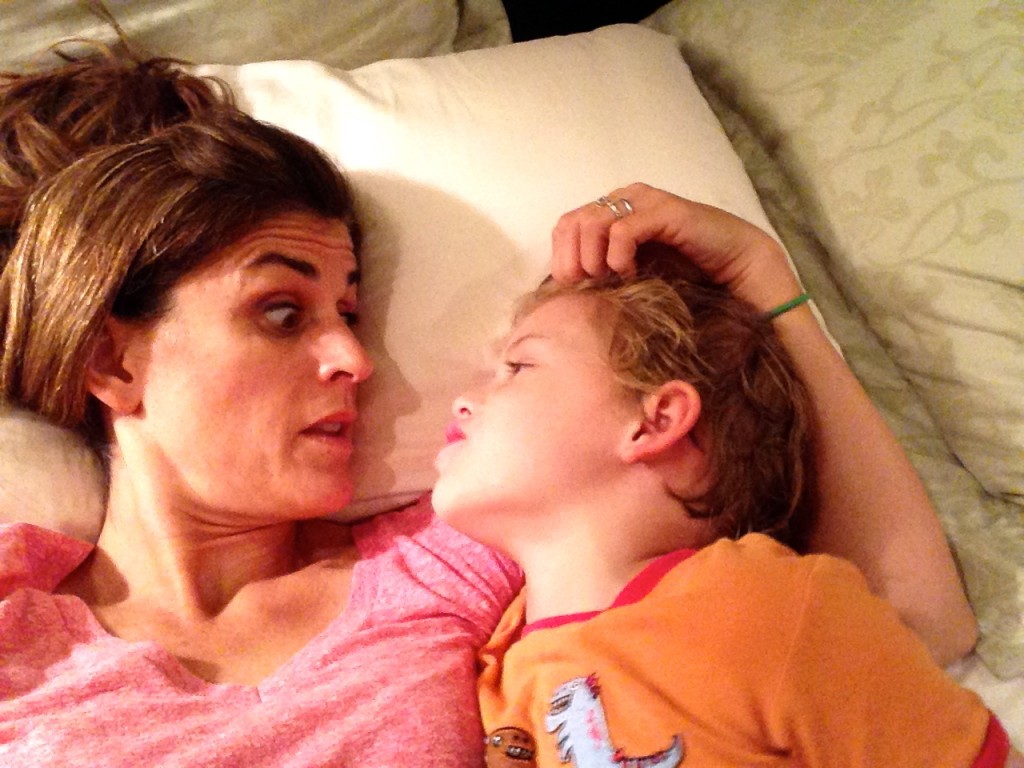 But that's enough about me…what about you?

On Watch
When It’s Foggy